Quake Threatens to Cause Flight From Mexico City’s Hip Neighborhoods

MEXICO CITY — When Fernando Bustos moved to Mexico City years ago, he had no doubt about where to live. The Roma and Condesa neighborhoods – sidewalk cafes, hip restaurants, thriving art and music, storied architecture – had captured his imagination.

He was not thinking about their vulnerability to earthquakes, like the one in 1985 that devastated both neighborhoods and plunged them into a long funk.

Roma and Condesa, neighboring bastions of Mexican stylishness, are once again in an existential crisis, and residents are pondering whether living in them is worth the risk.

Some of the biggest fans of Roma and Condesa worry that the Tuesday earthquake, which killed at least 286 people in Mexico, could slow if not reverse the ascendant popularity of the neighborhoods.

“Now and the next couple of years, it’s going to be a factor,” said Eduardo Aizenman, co-owner of El Péndulo bookstore and cafe, which became an engine of Condesa’s post-1985 renaissance. “I am sure many people will be putting their properties in the market.”

Roma and Condesa were largely developed in the early 20th century for the city’s elite, who luxuriated in grand villas built along tree-lined boulevards. By midcentury, the area’s popularity among the wealthy had begun to wane, with many residents moving to increasingly fashionable areas, like Polanco and Las Lomas, or to newly developed suburbs, like Ciudad Satélite.

Mr. Aizenman, 52, moved to Condesa in 1991, drawn to the cheap rents and atmosphere of possibility, even if it was an entertainment wasteland. “There was nothing here,” he recalled.

Roma was slower, rebounding within the past decade. Both neighborhoods had entered the firmament of the world’s hippest urban precincts: “Mexico City’s reigning axis of cool,” declared GQ Magazine last July. 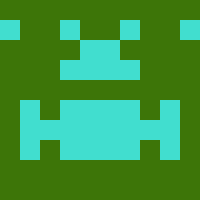